Build and run Angular application in a Docker container

It is simple, first I am a container image from nginx - alpine - which is a small linux machine. Next I am copying the nginx.conf to the /etc/nginx directory and finally I am copying the angular CLI generated files to /usr/share/nginx/html folder. Before building the image, we need to create one more file nginx.conf which helps to serve the static html files. Here is the nginx.conf file.

Most of the configuration I copied from nginx docs to serve static files. The listen element is the port where nginx listens. The root is the web root location. And the index element configures the default file - in this case index.html file. The location element configures the fallback code - for routing purposes. The nginx.conf file should be in the root directory as well. Now build the image using docker build . -t anuraj/helloworld:1.0.0 command. As my docker hub id is anuraj I am using that to tag the container image. Also make sure, you’re build the angular application using ng build otherwise the docker build command might fail.

Here is the explanation of the multi stage build file. First we are creating a container image - build with node:19-alpine image. Then we are copying the package.json and package-lock.json to the /usr/src/app location - it is to execute the npm install in the container image. Once the install the angular dependencies, we are copying the source directory to the target directory and execute the npm run build which will compile the angular project. And in the second container build we are using the files / output from the build image like this - COPY --from=build /usr/src/app/dist/helloworld /usr/share/nginx/html 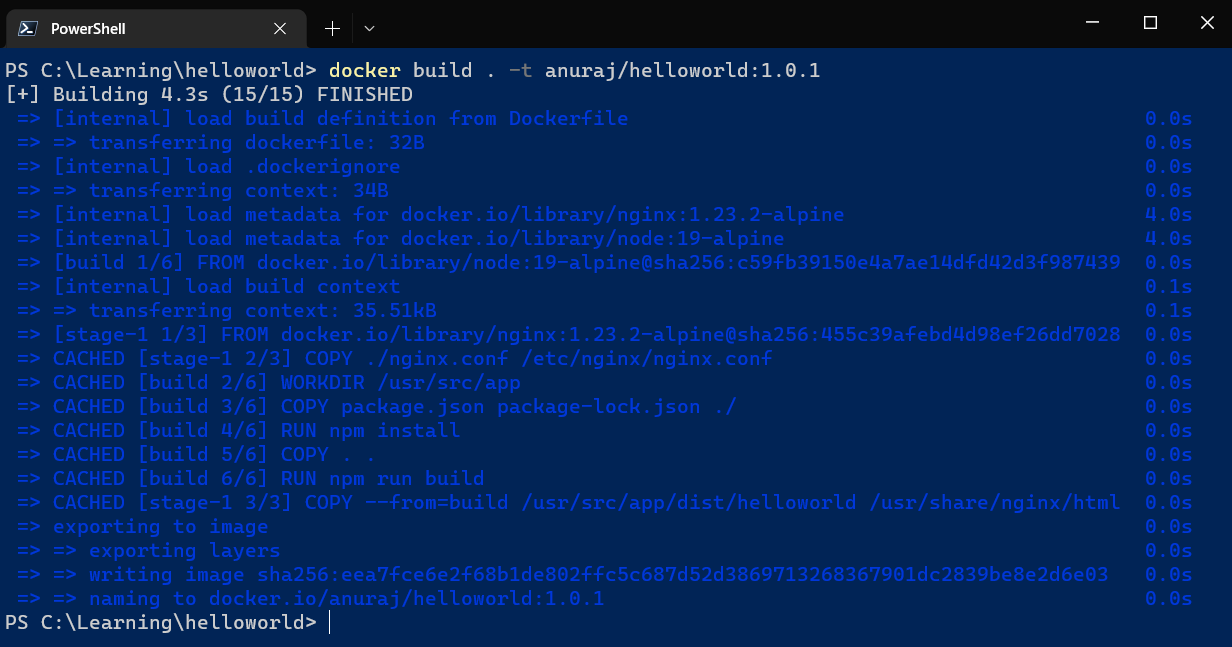 This way we can containerize angular applications. We can also use some other server instead of nginx.