Unlike other operating systems, Azure DevOps portal doesn’t contains configuration for container build agents. But we can get the details from docs page - Run a self-hosted agent in Docker. I am using the Docker file for Linux containers. Here is the Dockerfile from the page.

There is a start.sh file. Here is the code for the shell script. We can find about the script file code here

This docker file and script file for a build agent in Docker. We can build the docker image using the command - docker build -t anuraj/dotnetcorebuildagent:v1 ., since my docker hub username is anuraj, I am tagging the image with the name, if your name is different use it. 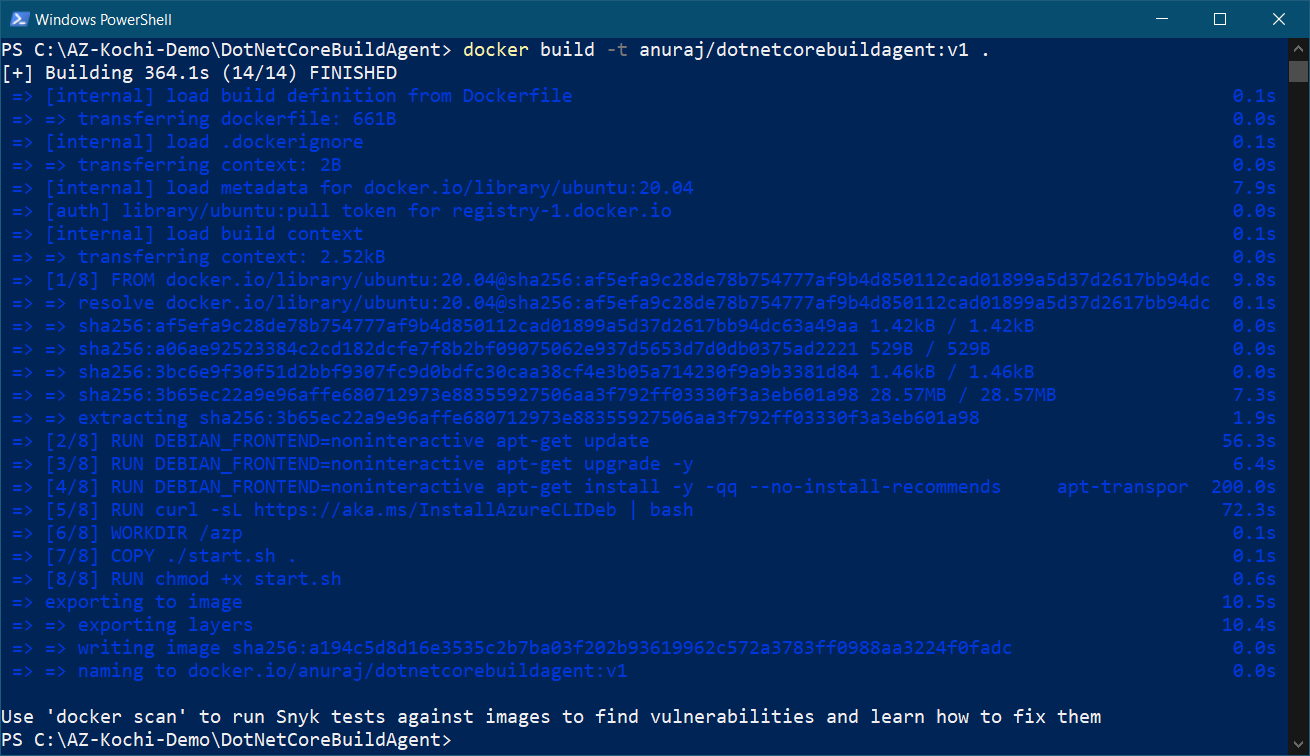 Here is the way I am running my docker container with the environment variables like this.

Once it is executed successfully we will be able to see something like this. 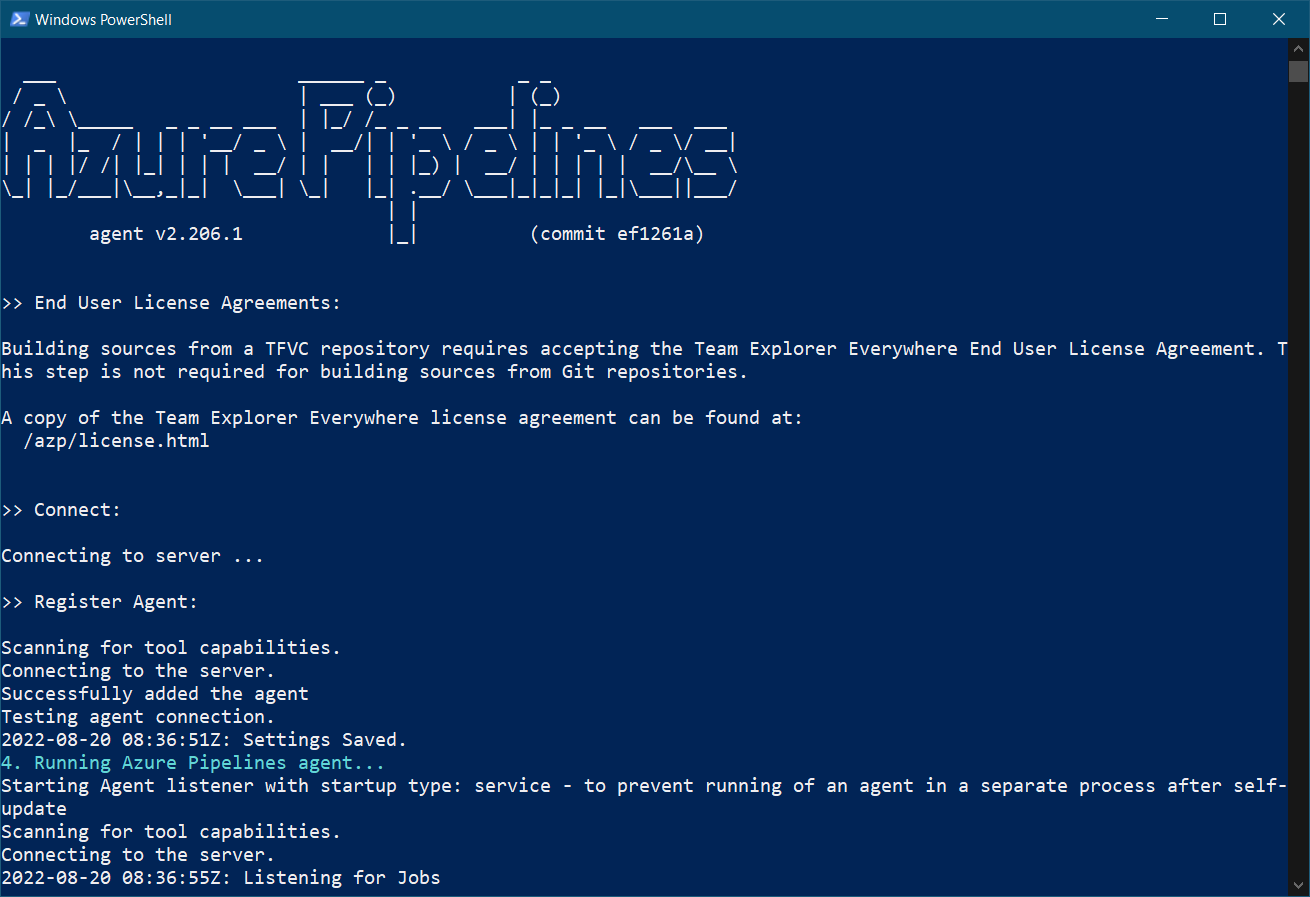 And we can see the build agent listed under the Azure DevOps Agent Pool. Since we didn’t mentioned any specific pool, it will be under default pool.

Finally we need to configure the Agent pool inside the build definition. Like this. 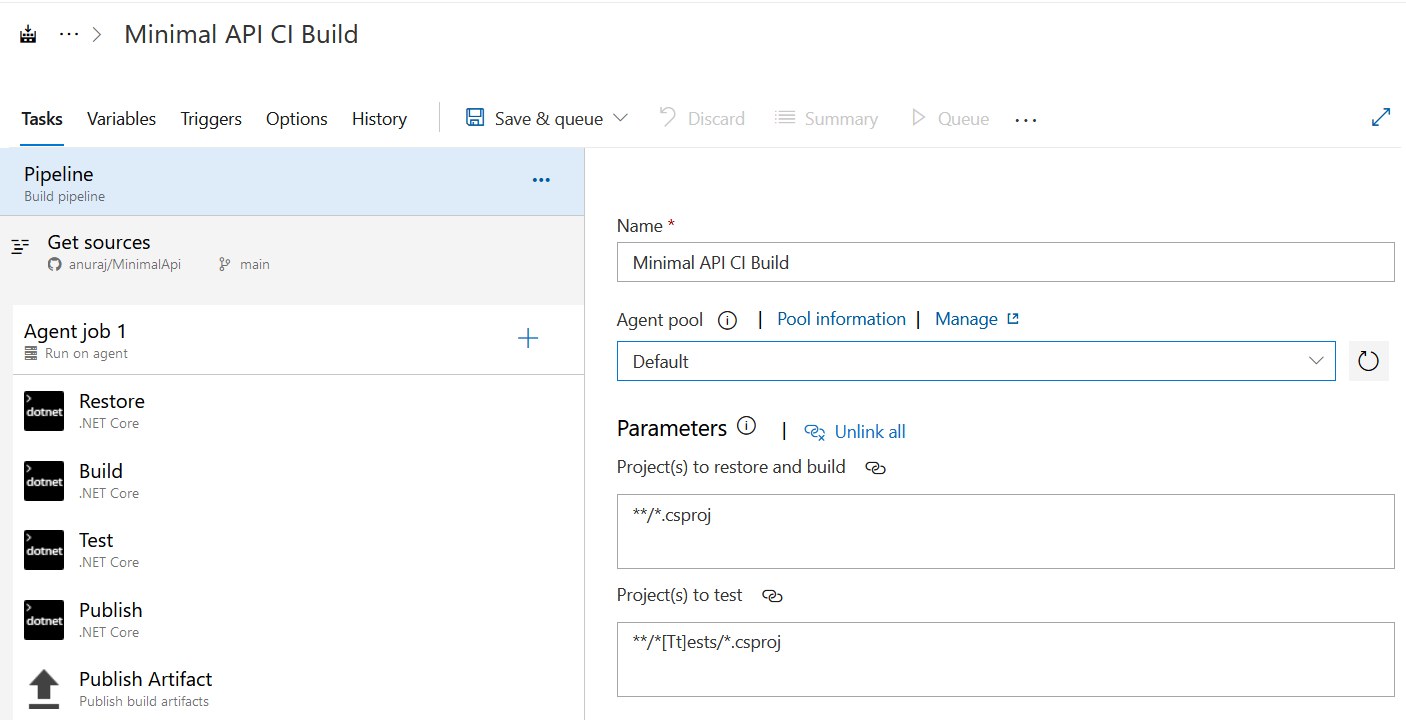 Once it is done, we can save and queue the build which will compile the ASP.NET Core project and run unit tests. Since the project doesn’t have any unit tests that step is executed with a warning.