And here is the PowerShell script file.

Script is quite straight forward, first I am downloading the runtime file from internet, and installing it in AWS. Next I published the app using dotnet publish command. And zipped the output directory, for deployment. Next I created a web application in AWS Elastic Beanstalk via AWS Management console. 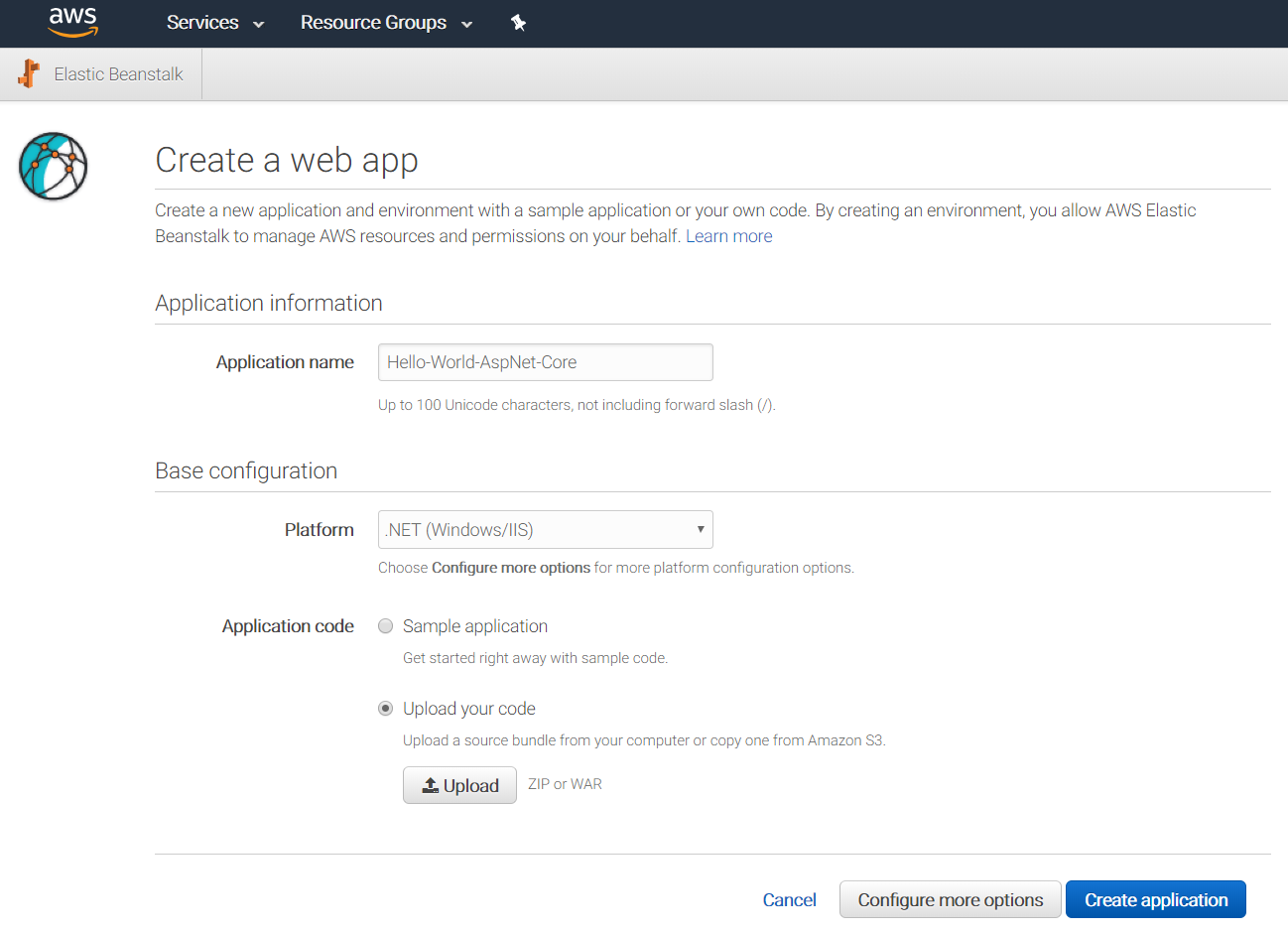 And for application code I choose Upload your code option. 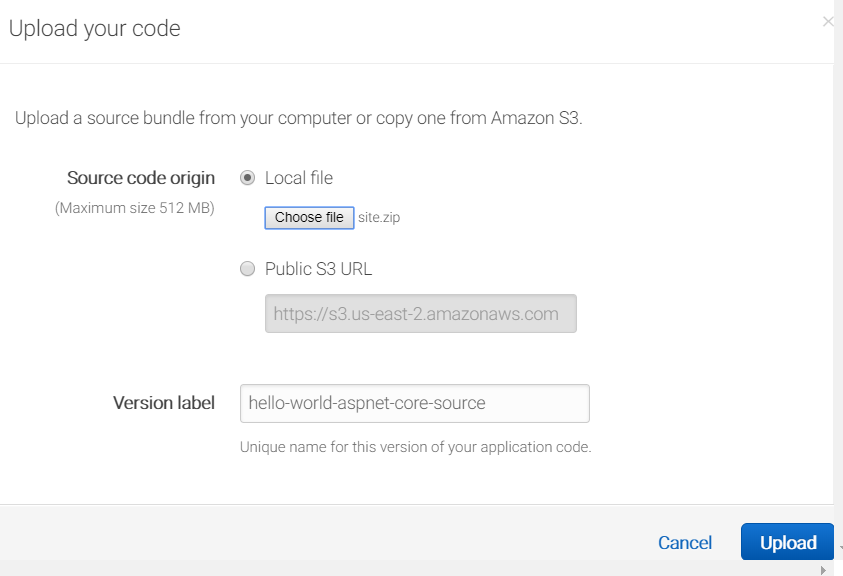 Both Uploading and deployment will take sometime.

Once it completes the deployment, you will get a screen like this, where you will be able to see the status and health of the application 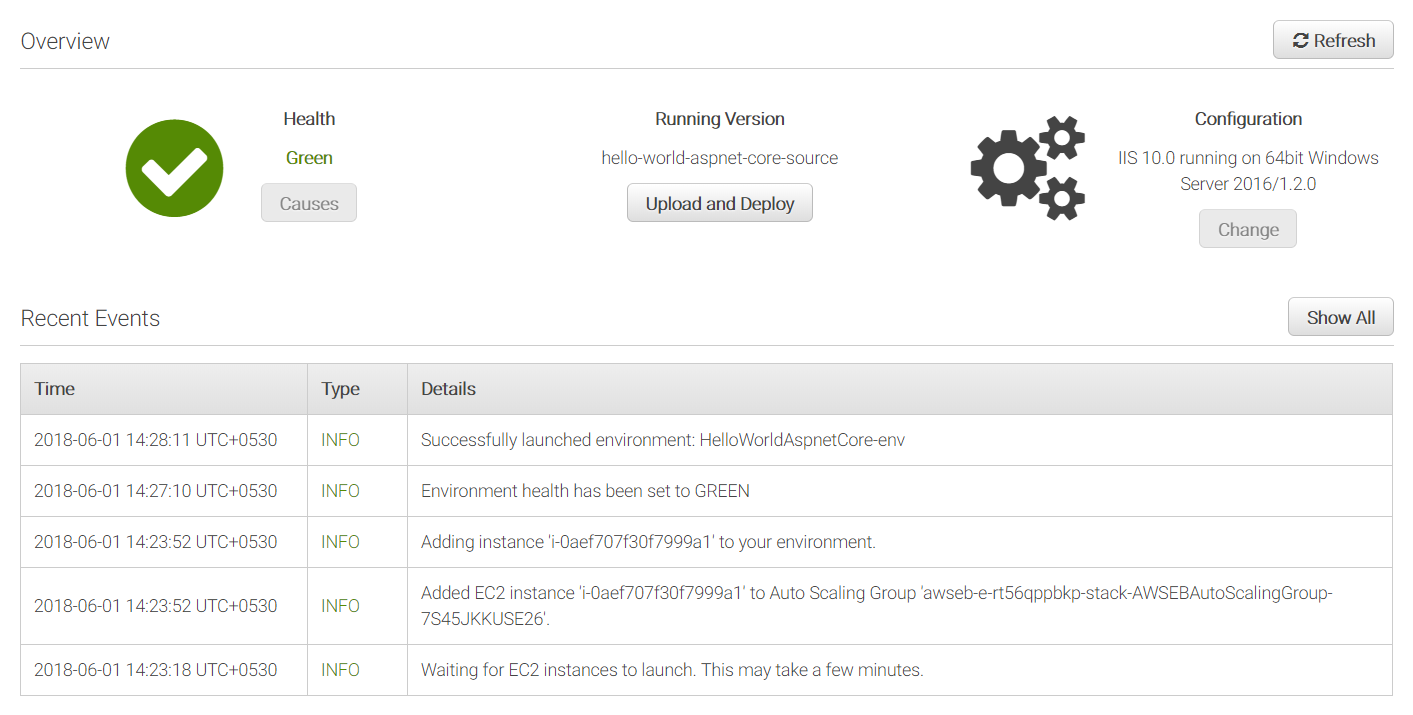 I couldn’t find anything useful. I tried different options like removing wwwroot folder, redeploying, but nothing worked.

Later I found an alternative, deploying it as a self contained application. So I changed the csproj file like this.

Added the RuntimeIdentifier as win-x64. And then published it using dotnet publish -o site -c Release command. The site folder compressed and saved it as site.zip. Removed the preInstall step from the aws-windows-deployment-manifest.json file as well. And deployed again. And it started working.

Here is the ASP.NET Core app running in AWS.