Please make sure Dist folder included in the project, otherwise the Dist folder won’t be deployed in the Publish folder. Next I modified the bundleconfig.cs file to bundle the scripts and styles generated by Angular CLI and use it as script reference.

I am using Bundle class instead of ScriptBundle. If you use ScriptBundle you might get some errors related to minification. Next I modified the Index.cshtml file like this.

Please note, I am removed the _Layout.cshtml reference and I am moving all the HTML code to app.component.ts file.

Next I modified the package.json file to include the command to build angular production builds.

For development build I am using the build script and for production build I am using prod script. Next let us modify the project properties and include Pre-Build event command line like this.

You can right click on the Project and Select Properties Menu. And then Select the Build events.

And when you build the app you will see logs like this. 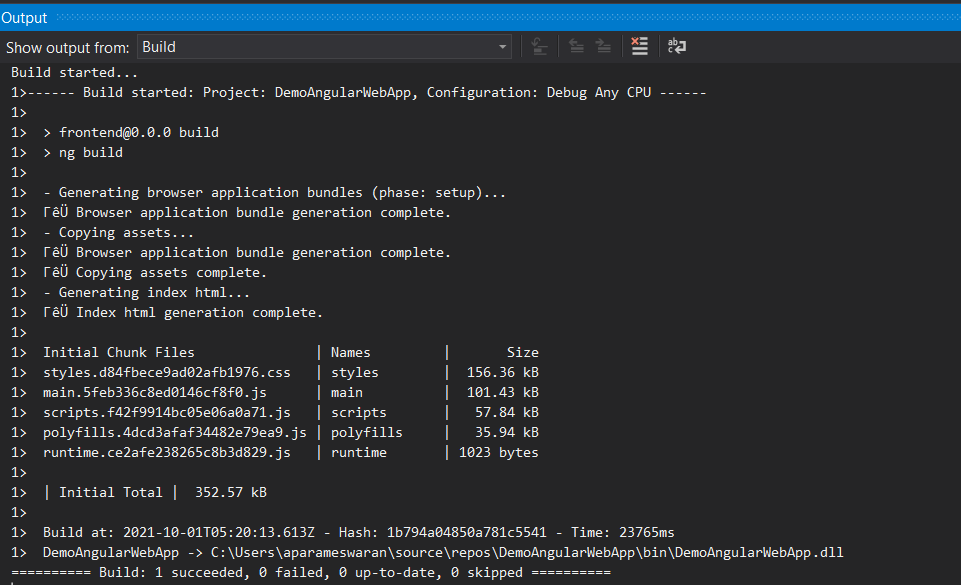 I included the IF - ELSE logic because I don’t want to run a separate Angular terminal always. It might take some time if you’re running build every time. As alternative you can run a terminal window and run the npm run watch command, so that Angular app will be compiled when you modify any typescript file and modify the Pre Build command line event like this.

So that it will be execute only when you publish / build the app in Release mode. 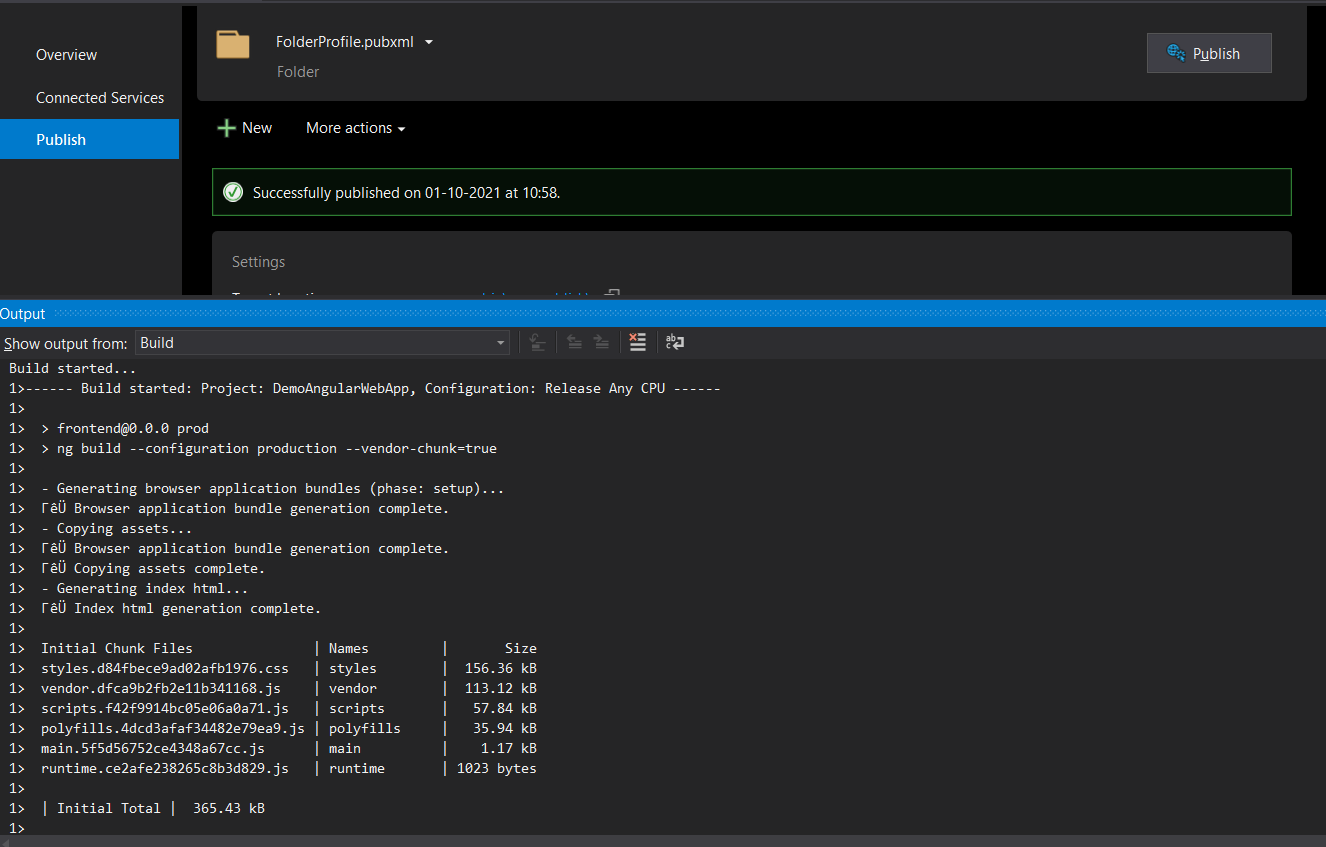 If you notice, you will be able to see the Angular release configuration script is invoked. Next you can create an app in IIS and point it to the published directory. 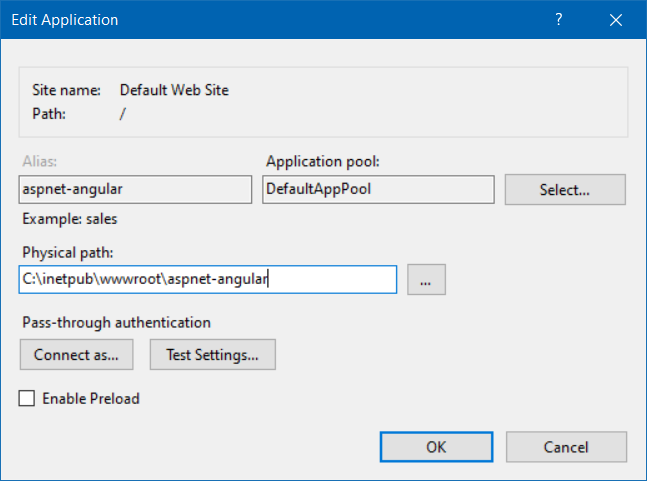 Now lets browse the application and will display page like this and view the source, you will be able to see the page source. 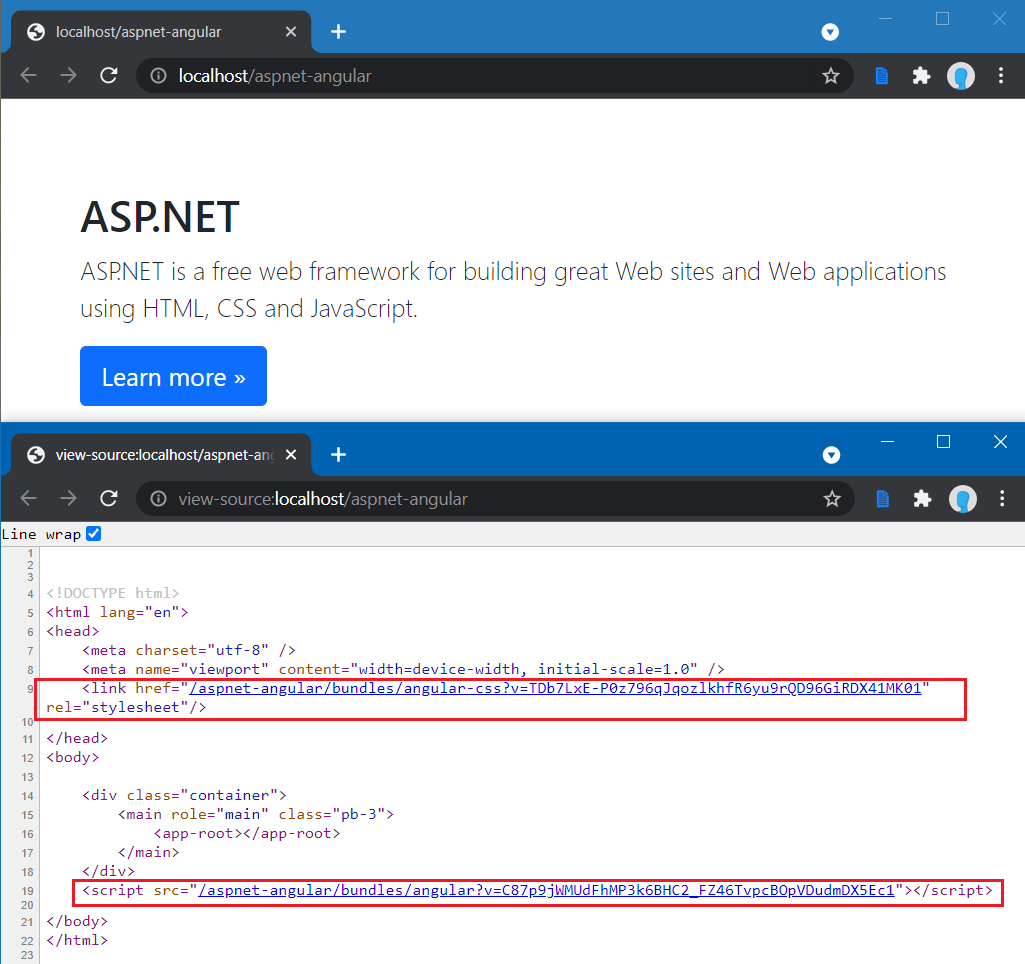 This way you can prepare, develop and deploy the ASP.NET MVC application with Angular to IIS.