Deploying Your Angular Application To Azure 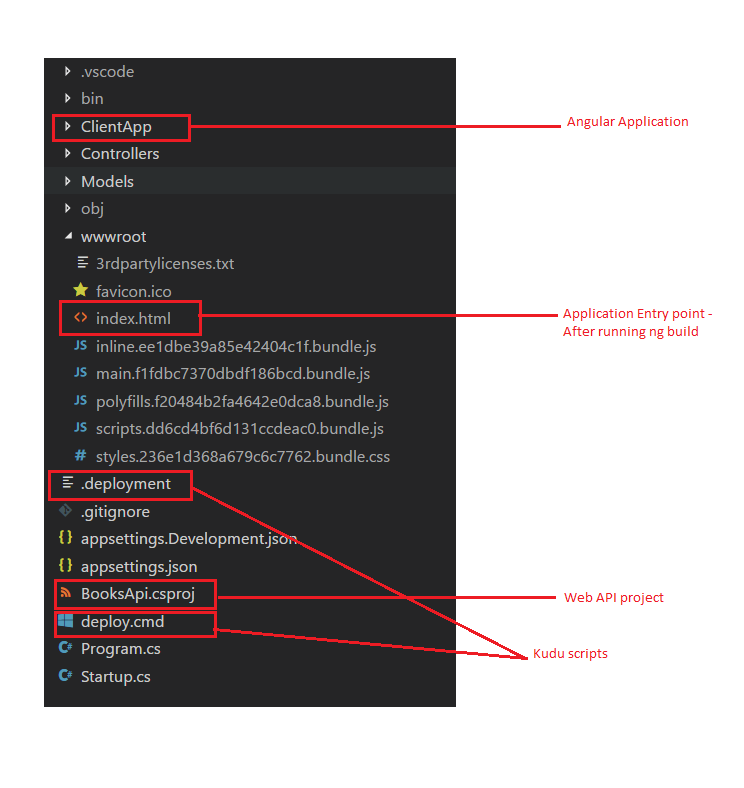 I am using GitHub as the source control. And in the Azure Web Application, I have configured deploy from GitHub. You can do it from Deployment Options > Select the Choose Source option.

If you’re doing first time, you need to authenticate yourself with GitHub and authorise azure to access organizations and repositories. Once you’re authorised, you need to select the organization, project and branch. 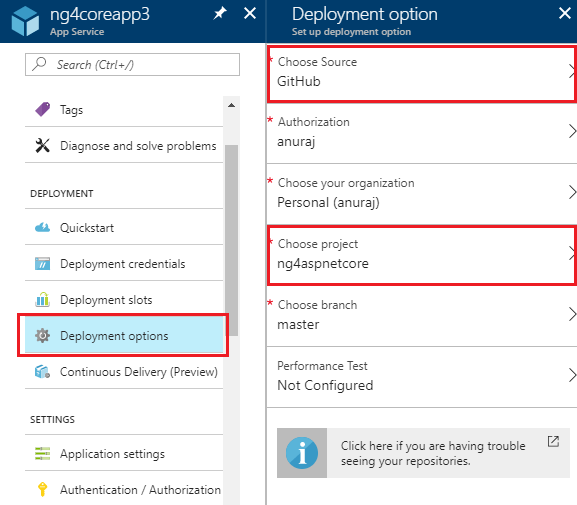 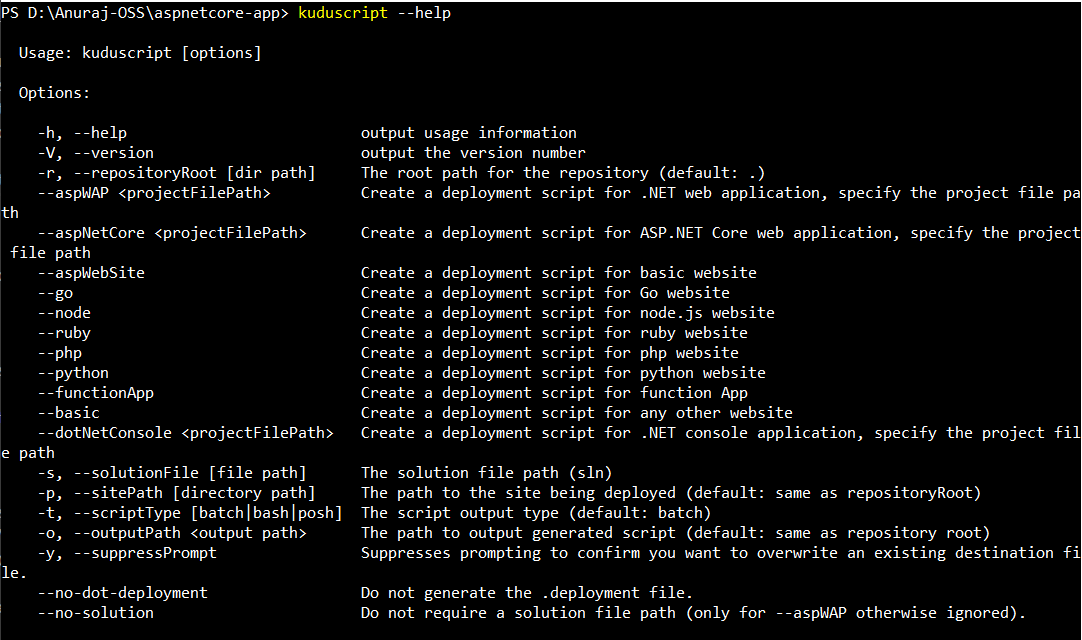 Next navigate to your application root directory, run the following command.(In this post I am using ASP.NET Core WEB API. If you’re using ASP.NET MVC app or Node or PHP, the command options will be different.)

Open the deploy.cmd file, after the setup environment variables, you can add steps to install the node dependency packages and running the angular build.

The above code will look for the package.json file, and run npm install command on the directory. This will install all the required dependencies in the node_modules folder under ClientApp folder. Next you need to run the ng build, which you can do like this.

In this you’re looking for .angular-cli.json and running the ng build command from node_modules folder. You’re completed the changes. Next commit the changes to GitHub and Azure will run the commands and will deploy the app to web app service.

It may take sometime, depending on the number of dependencies and size of the project. Once it is done, you will be able to see the status from the Deployment options, like this. 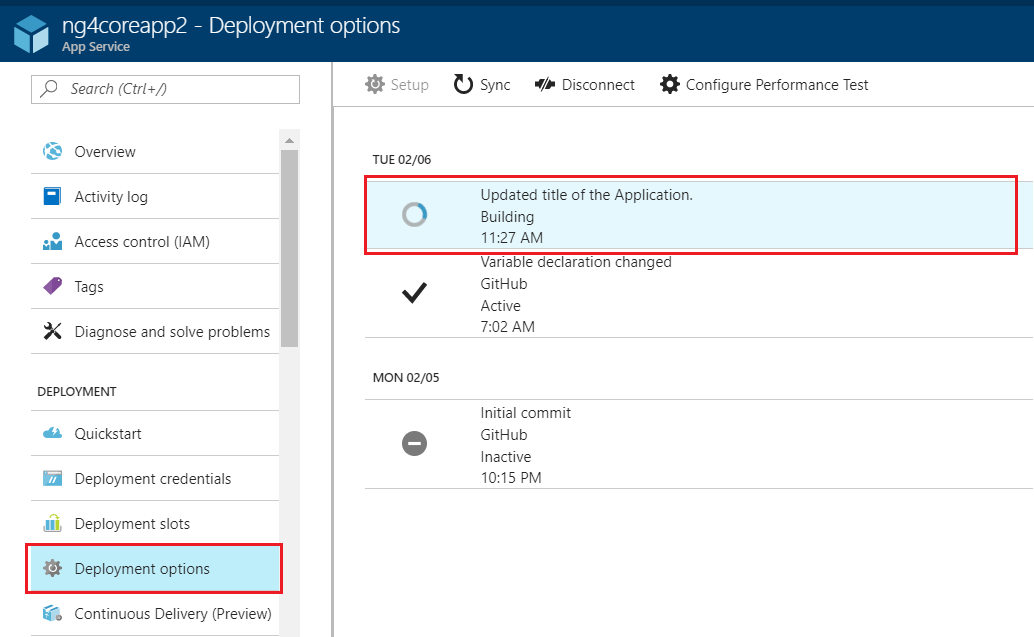 Once it is successful, you will be able to the status and detailed log, when you click on the deployment.

You can find the running app here, and source code on GitHub