How to create a self contained .Net core application?

To deploy, first you need to create <RuntimeIdentifiers> tag in the <PropertyGroup> section of your csproj file that defines the platforms your app targets and specify the runtime identifier (RID) for each platform that you target. You can find the RID catalog in Microsoft docs. The following <PropertyGroup> section indicates that the app runs on 64-bit Windows 10 operating systems and the 64-bit OS X Version 10.11 operating system.

Next you need to restore the dependencies using dotnet restore.

Once publish is completed, you will be able to see the files under publish folder. 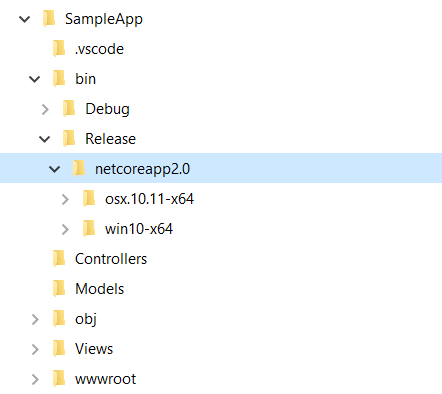