This article will discuss about configuring nginx reverse proxy for aspnet core apps with Docker compose. Today I took as session on Introduction to Docker Containers one of the question I received was how to run multiple instances of a container and load balance them. So in this blog post I am creating multiple instances of a ASP.NET Core Web API and load balance them with the help of nginx. Nginx is a web server that can also be used as a reverse proxy, load balancer, mail proxy and HTTP cache.

Next you need to create a docker-compose.yml file - which helps you to provision the Application instances and NGINX Reverse Proxy.

In the nginx.conf file, nginx server listen on port 4000. And when user tries to access /, it is getting rewriting to http://backend:5000. Docker networking helps your app resolve using the domain name. Next let’s run the application using the command - docker-compose up. You will be able to see both Frontend and Backend services are running and when you try to browse http://localhost:4000/weatherforecast you will be able to see the JSON response. Here is the log from docker-compose up command.

Next you need to scale the backend container. You can do it by --scale argument to docker compose up. So if you want to increase the number of backend to 5, you can do it like docker-compose up --scale backend=5 where you need to specify the service name and number of instances. If you run this command, you will get a warning and some instances of the service might fail. 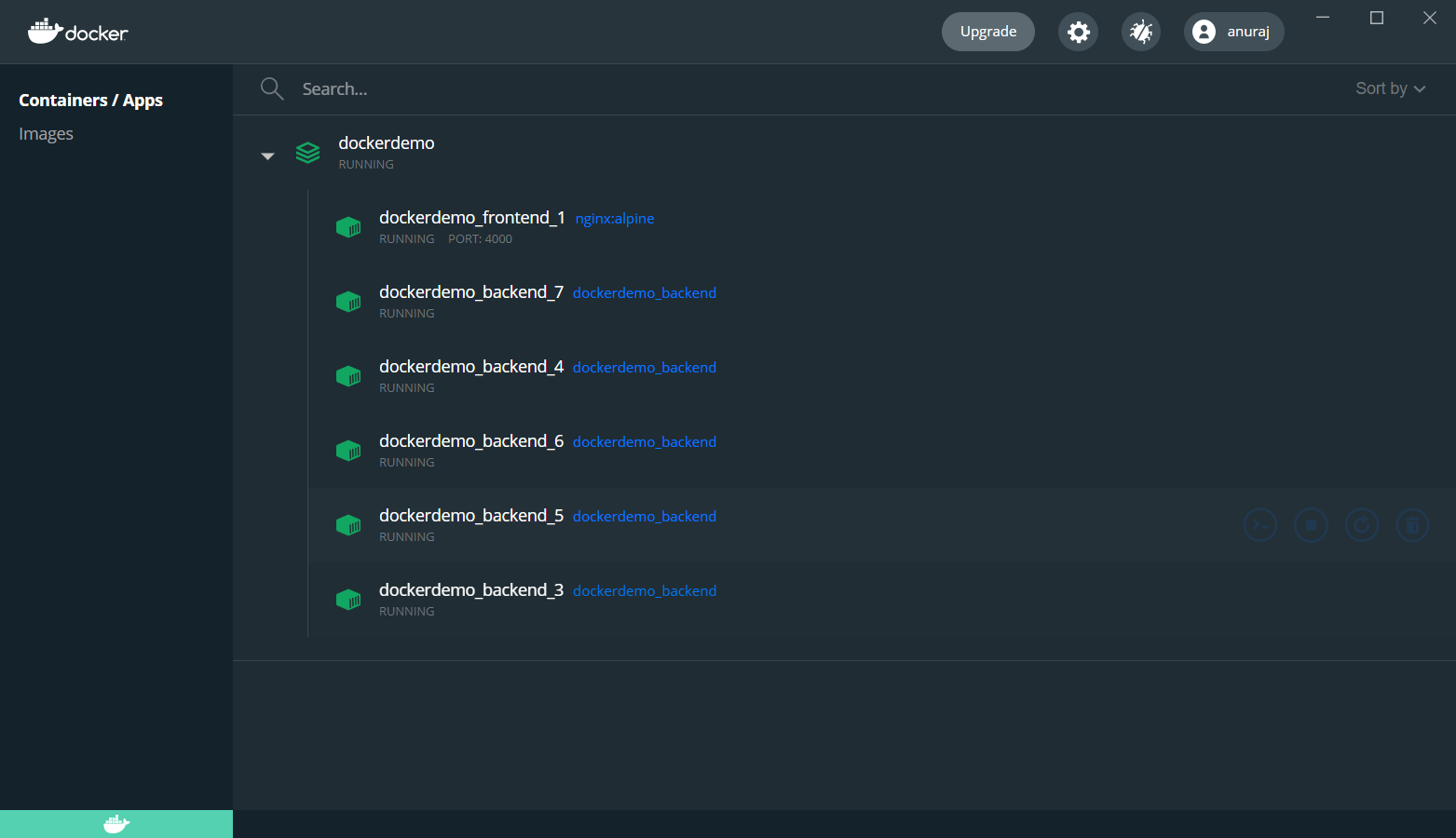 This way you will be able to run multiple instances of the same container running and load balance it with the help of NGINX.