This post is about Measuring code coverage of .NET Core applications with Visual Studio. Test coverage is a measure used to describe the degree to which the source code of a program is executed when a particular test suite runs. A program with high test coverage, measured as a percentage, has had more of its source code executed during testing which suggests it has a lower chance of containing undetected software bugs compared to a program with low test coverage.

Code coverage feature in Visual Studio 2017 enabled only in Version 15.3.3 or more. 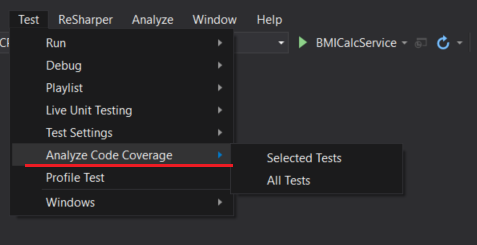 Next load your project, click on the Test Menu, Select Analyze Code Coverage menu and select All Tests, which will run all the tests and display code coverage results. I have a BMIService and two unit test cases for it. But if you notice, it is showing code coverage on test cases not the actual code. 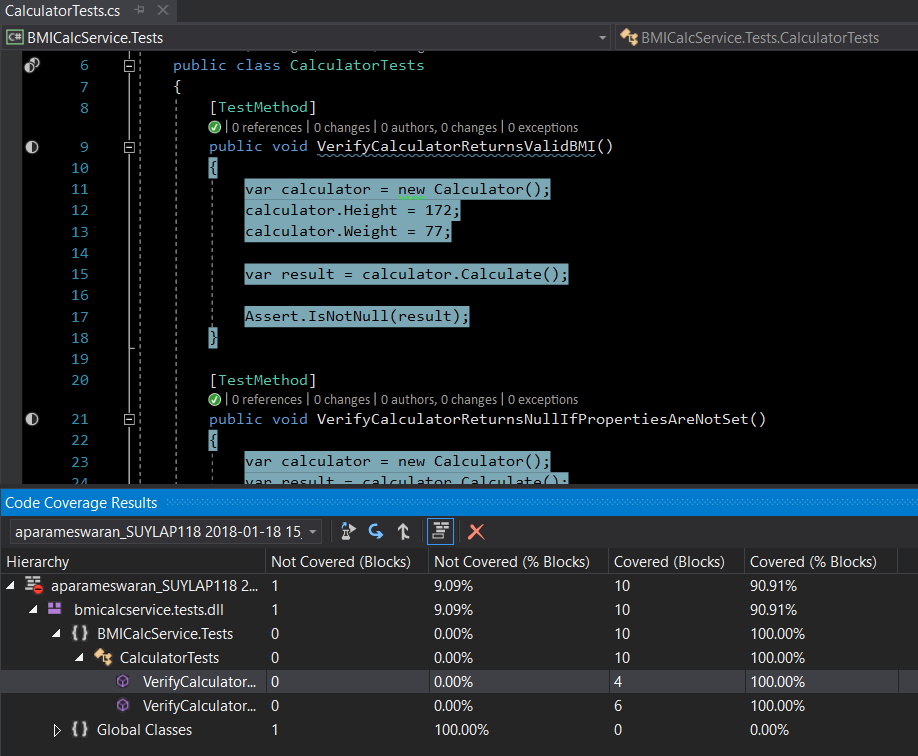 This is because you of not instrumenting the source code, you can enable it by directly modifying the project file, by adding the following line.

Inside the PropertyGroup element after TargetFramework element. Something like this.

Or you can do this by right clicking on the project, select Properties. Select the Build tab, click on the Advanced Button. 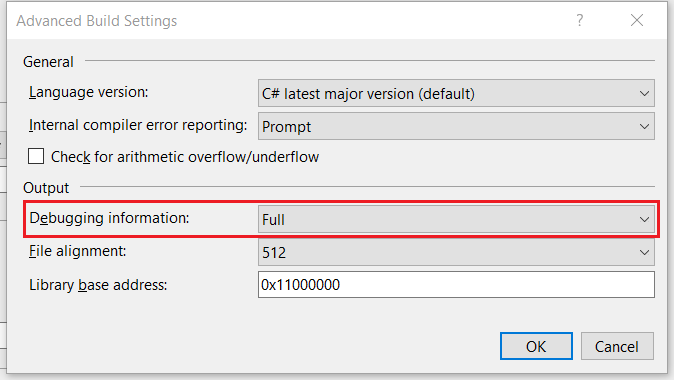 And select Full option for Debugging Information from the Advanced Build Settings dialog box. Now you can remove the Full option from Unit Test project, so that it won’t show coverage. After this you can run the Code coverage analysis and can view the results. 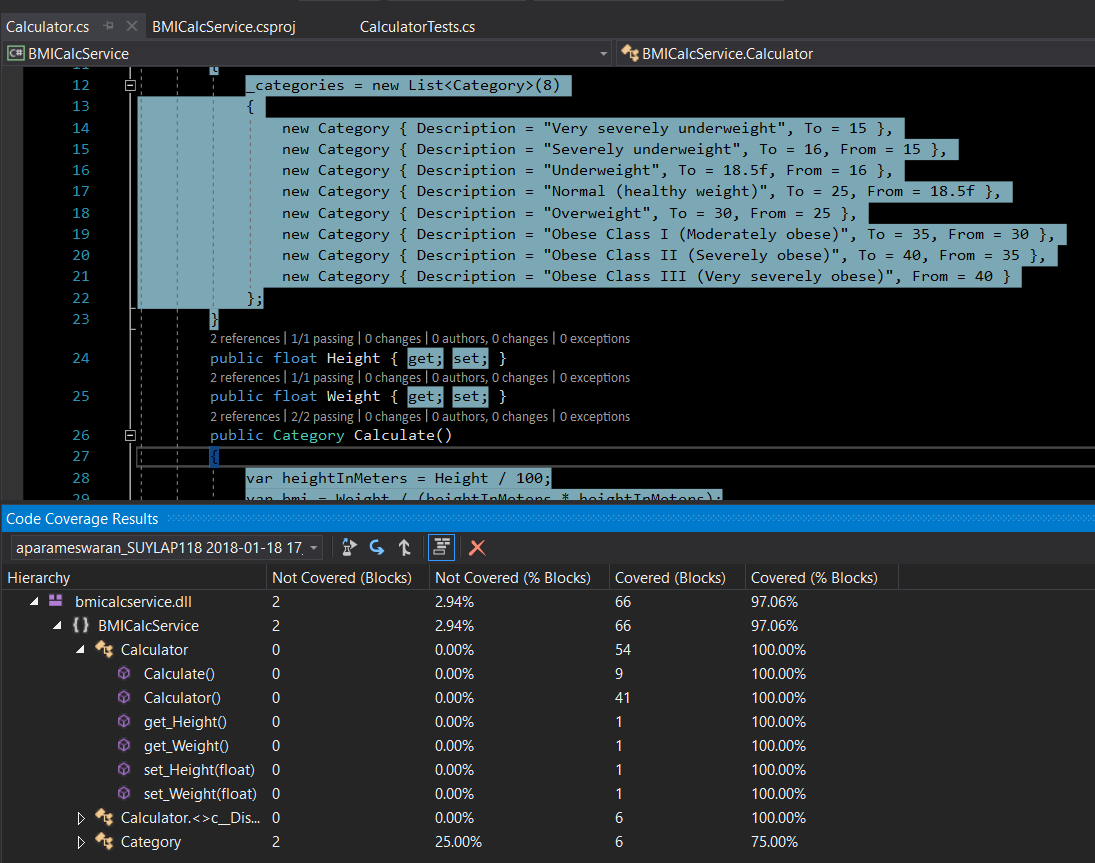 This will generate a coverage file, and you can open it in Visual Studio to view the results.