For this blog post I am using an Web API application - a todo list - which is using SQL Server as backend. I am creating EF core migrations and committing them to source control - which is important - in this case GitHub. I am building the SQL Scripts from EF Core migrations code which is committed in source control. And as part of Release pipeline I am executing them in the Azure SQL Server. 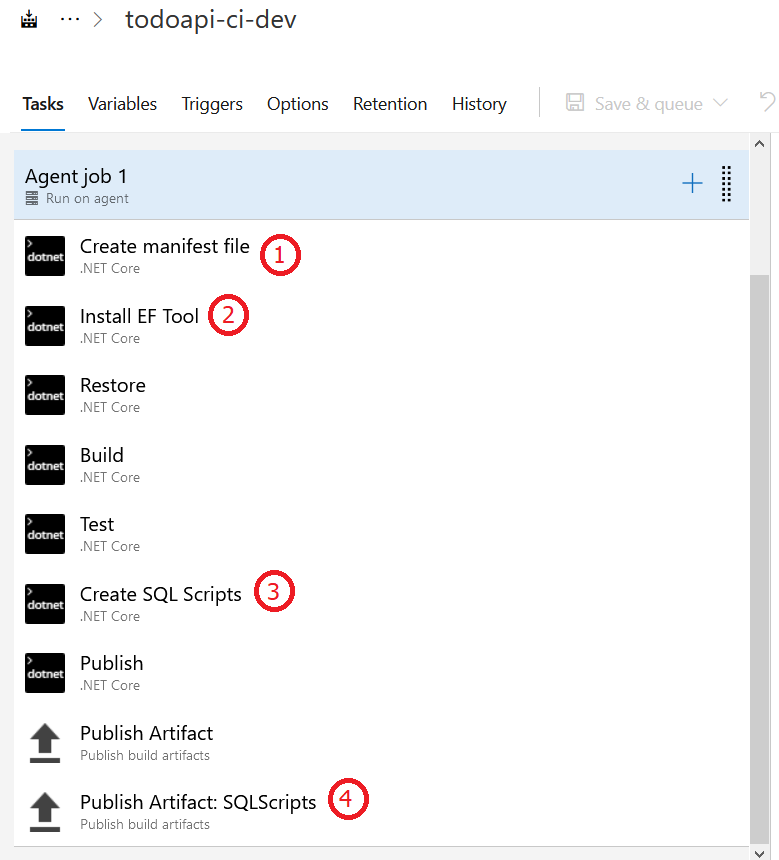 It is normal .NET Core build pipeline, but I have added few more steps to build and generate EF Core migrations.

Here is the complete YAML script.

Next I created a Release pipeline which take this artifacts and deploy it Azure Web App and SQL Server. This step is optional, you can deploy it along with build pipeline. But it is recommended to use Release pipeline, so that we can control the number of deployments to the environments.

First step will deploy the drop folder to web app using Web Deploy. Second I am adding Azure SQL Database deployment task. In which I am configuring authentication mode which is SQL Server, username, password and database. And select Deploy type as SQL Script File and select the SQL Script file - $(Build.SourcesDirectory)/SQL/tododbscript.sql.

You can configure the trigger to deploy it when a build completes or you can manually do it. Here is the Release pipeline completed. 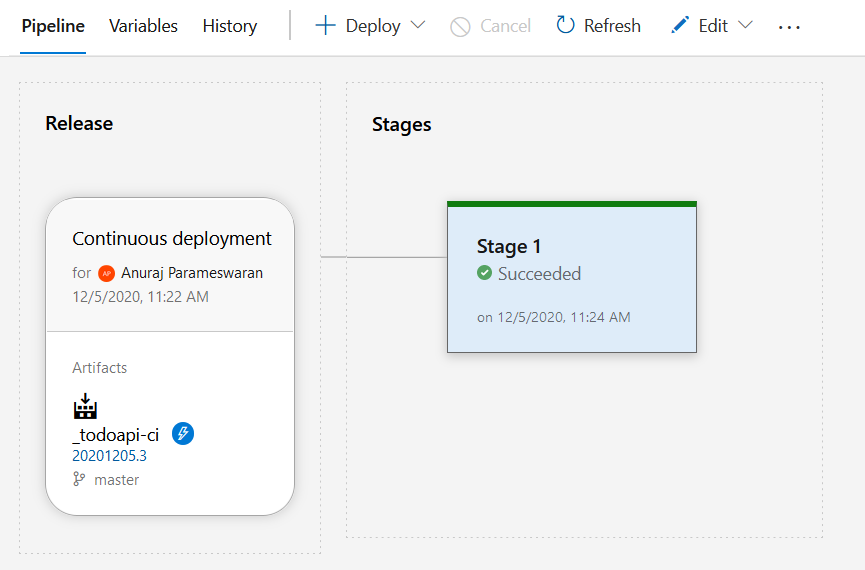 This way you can configure your application database deployment using Azure DevOps and Entity Framework Core migrations - you need to make sure you’re committing the migration scripts to source control. Unlike running dotnet ef database update command - the script command won’t create the Databases. You need to create an empty database and configure it in the SQL Task in release pipeline.