Running a NuGet Server on Docker

The official NuGet.Server package which helps you to run NuGet feeds locally which is not cross platform, so I was looking for some other package and I found BaGet, it is a NuGet server implementation on .NET Core. So you can use the ASP.NET Core runtime as the base image, install the server and run the app. Here is the DockerFile.

First I am using ASP.NET Core runtime as the base image, installing the wget and unzip utilities. Then I am downloading the BaGet zip from the releases. Since I want to run the server in port 8000, I am setting the ASPNETCORE_URLS environment variable. The ApiKeyHash environment variable is used by BaGet as the API Key for NuGet publishing. It is a SHA256 encrypted value for NUGET-SERVER-API-KEY.

You can build the container using docker build command, and run it using docker run command - docker run -d -p 8000:8000 --name nugetserver anuraj/baget:latest. Once it is running, you can access it using http://localhost:8000. 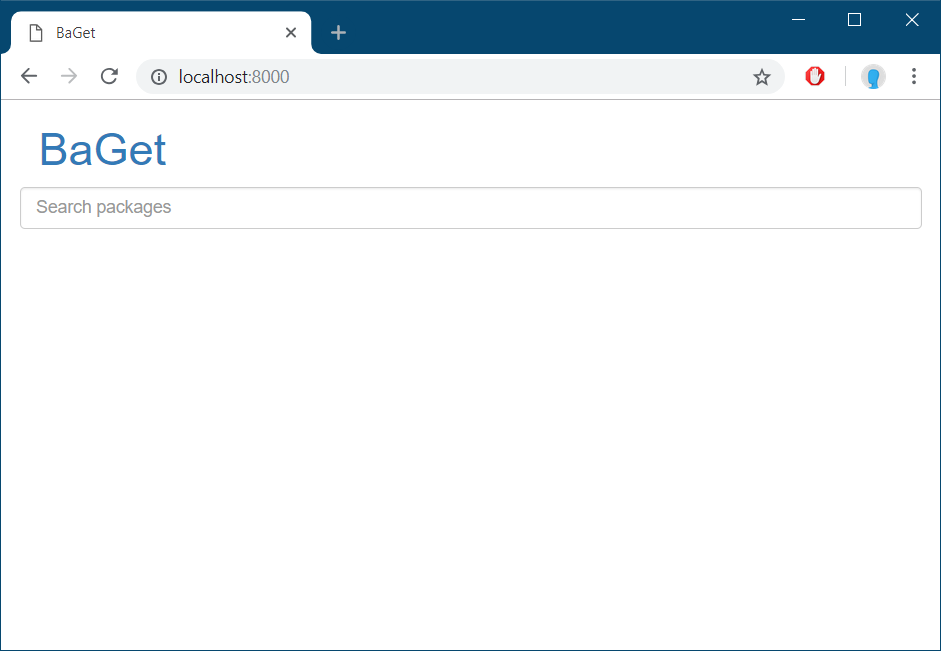 And you can update your nuget.config in Visual Studio, Tools > NuGet Package Manager > Package Manager Settings. And select the Package sources and add your URL and name.

This post was about configuring your own nuget server locally with the help of Docker. You can download the docker image from Docker Hub with command - docker pull anuraj/baget. And more details available here