Docker for Windows installation is straight forward. Once installation is completed successfully, you will see docker running inside your system tray. And Docker will display a welcome windows like this. 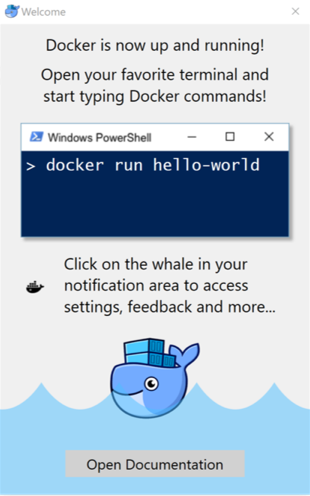 You can verify your docker installation by running “docker run hello-world” command. You will see a response like this. 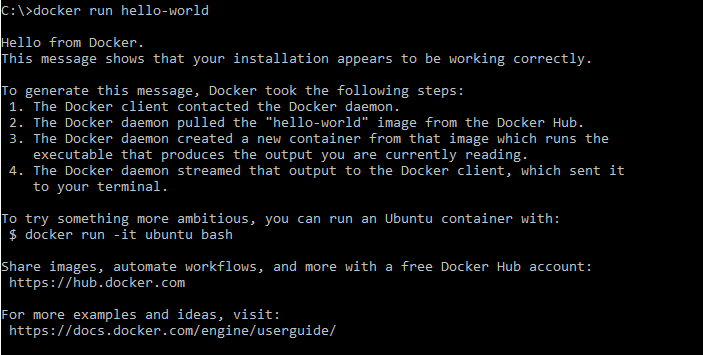 Once you see this create an application using aspnet yo generator. It will generate a docker file with dotnet core image. Here is the dockerfile.

Now you need to create an image with the dockerfile. You can do this using following command.

Once docker image running, you can see using “docker ps” command. And you can browse the application using the IP Address - 10.0.75.2 (default). Here is the ASP.NET Core application running on Docker. 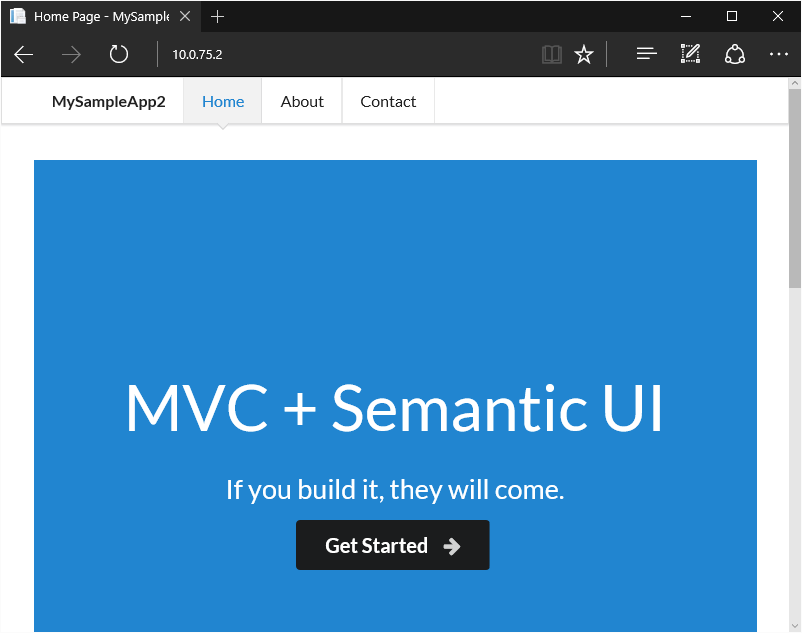