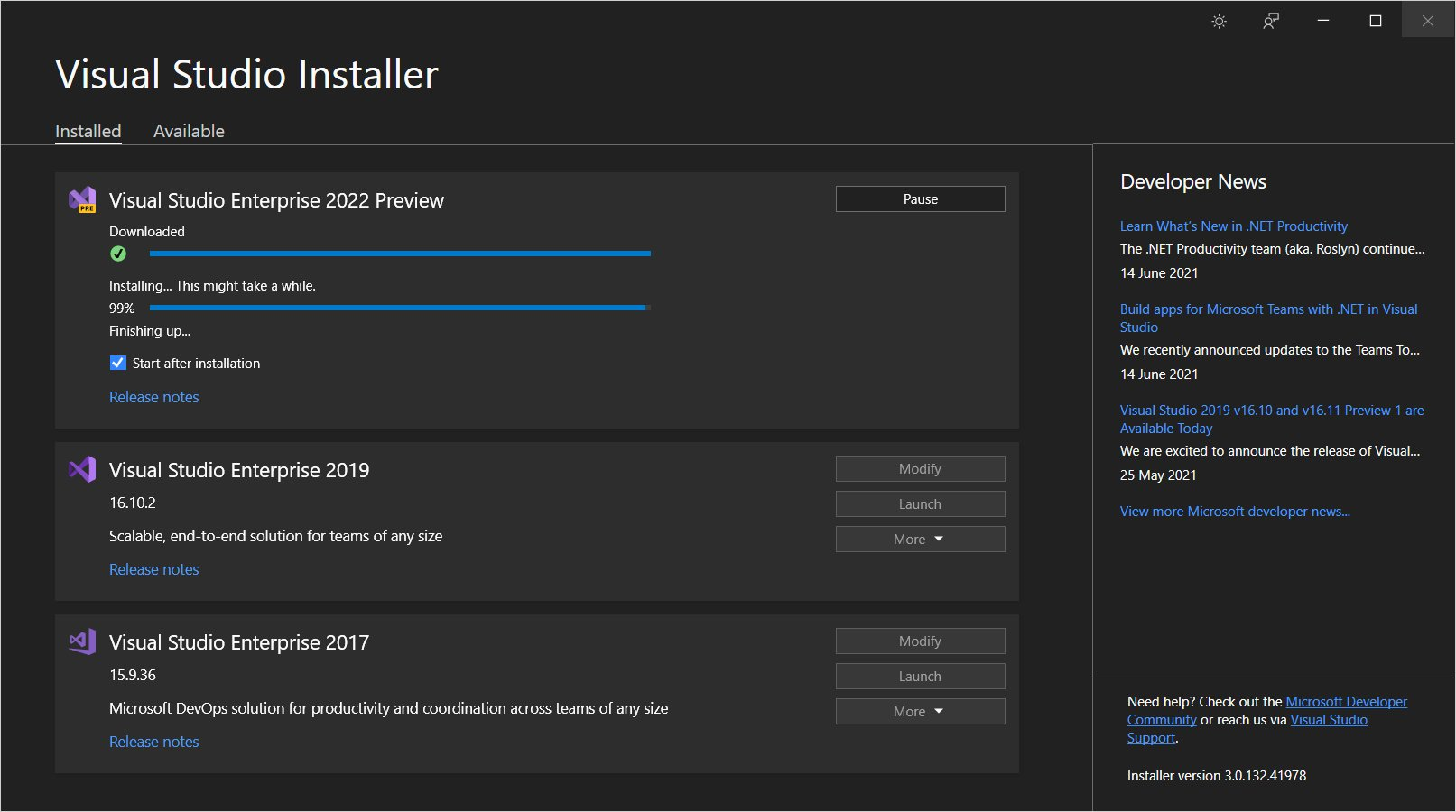 What’s coming Because most of the Preview 1 upgrades have to do with 64-bit support, we’ll be releasing an exciting slate of new features and performance improvements starting in Preview 2. You can read all about those upcoming features on the Visual Studio roadmap. One new feature you can try right away is the update to IntelliCode – you can automatically complete code, up to a whole line at a time.

The first preview of Visual Studio 2022 for Mac will be coming soon, giving you a first look at the new modern macOS UI for Visual Studio. We still have some work to do before we feel it’s ready for developer feedback and we’ll keep you updated on its progress here on the Visual Studio blog.

As mentioned the major highlight is 64 bit support.

And with the updated IntelliCode completions - Visual Studio helps you to write code with less key storks. You can find more details about the IntelliCode improvements from here 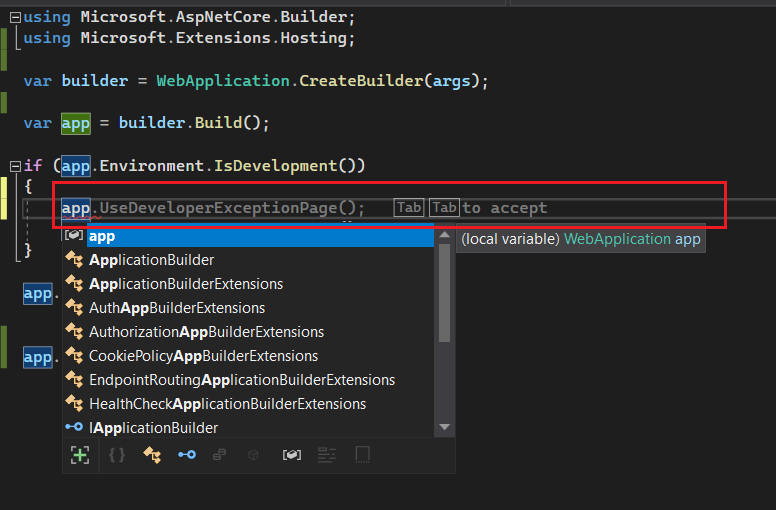 Download it, try it out, and join Microsoft in shaping the next major release of Visual Studio with your feedback