Working with gRPC in ASP.NET Core

This post is about Working with gRPC in ASP.NET Core. gRPC is a language agnostic, high-performance Remote Procedure Call (RPC) framework.

The main benefits of gRPC are:

If you’re using Visual Studio 2019, you will get gRPC project templates to build services with gRPC. gRPC templates will only available in .NET Core 3.0 projects. 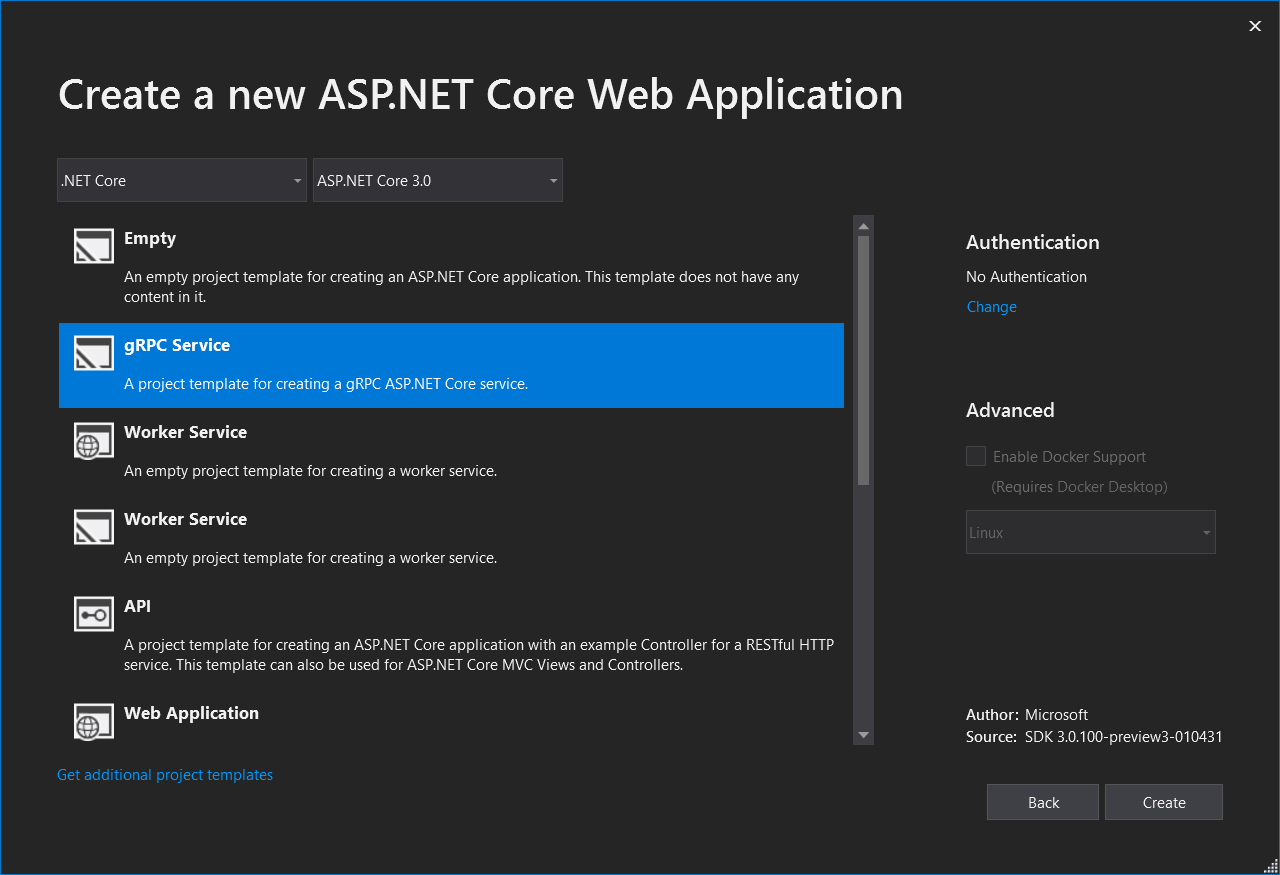 Once you create a gRPC app, you will get two projects - one server project and one client project. 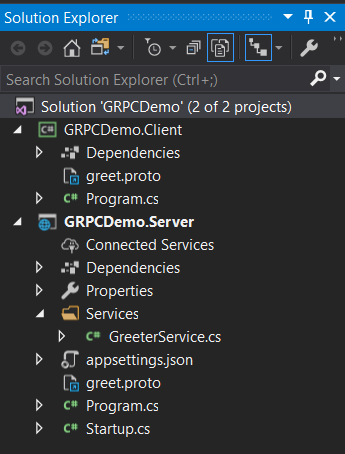 In the server project, the proto files defines the services. protobuf aka Protocol Buffers is a method of serializing structured data. It is developed by Google. Here is the default Greet service which comes as part of the template.

This definition is simple and straight forward. You’re creating a package, and a service with one SayHello method. This method accepts one parameter HelloRequest and returns a response object HelloReply. That data structures as well included in the method. You can generate code from proto files - if you’re using Visual Studio, when you build the project, it will generate the code for you. It will generate Greeter.GreeterBase and you need to write the implementation by inheriting from this class. So here is the implementation of GreeterService class.

And in the client project, you can create an instance of GreeterClient class and invoke the SayHello method, like this.

This post was a very basic introduction to gRPC in ASP.NET Core. Here are some helpful resources about gRPC on .NET and C#.

What do you think? I would like to hear your thoughts, suggestions, and questions in the comments section below.

Buy me a coffee
Copyright © 2020 - Anuraj P. Blog content licensed under the Creative Commons CC BY 2.5 | Unless otherwise stated or granted, code samples licensed under the MIT license. This is a personal blog. The opinions expressed here represent my own and not those of my employer. Hosted with ❤ by GitHub